All posts in LCDT News 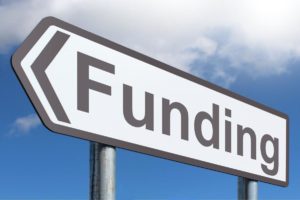 Research so far to seek funding for the project

Each member of the Funding Group researched the pros and cons of various methods of funding for all stages of the Project – eg Crowdfunding, Commercial and other Loans, Community Shares, Community Bonds and we have had discussions with several organisations specialising in funding for Community Development.  It seems that Lochwinnoch’s ‘Water Project’ is the first of its kind in Scotland!   So we delved deeply, to select a suitable method for the ‘best fit’ for Stage 1 of our project – purchasing the land from RC and sinking a ‘test borehole’.   Stage 2 will be the development of the site for the operational borehole and for other community benefits.

END_OF_DOCUMENT_TOKEN_TO_BE_REPLACED

A major milestone was passed when, after months of preparatory work,  LCDT’s  Asset Transfer (AT) request for the Lochhead Avenue site was submitted to Renfrewshire Council (RC)on 26th July.  This great news was on the agenda for the members meeting on 29th July which was well attended despite being peak holiday season. Receipt of the request has been acknowledged and we eagerly await word that it has been forwarded to Renfrewshire Council’s Asset Transfer Committee.

Feedback from all groups prompted lively and interesting discussion with lots of questions from the floor.  Engagement with members remains central to the success of the Trust so along with meetings, emails and newsletters – both paper and electronic – we recognise the need for an increased social media presence and are taking steps to address this.

As mentioned preparation for the Asset Transfer request has been ongoing during the last few months. Since April we have had three meetings with members of RC, to present and gain some insight into the viability of our plans, to seek information and advice so that our AT submission was tailored to meet the council’s requirement.

During our last meeting with RC Fraser Carlin, (Head of Planning & Housing Services) and Sharon Marklow, (Strategy & Place Manager) we were informed of an offer made by Stuart Milne Homes, who have submitted plans for a housing development at Burnfoot Road, included in their plans is the Lochhead Avenue site for Social Housing, if they are successful with their application they have offered to construct a roundabout and lay-by if we agree to change the site for our borehole. Fraser Carlin was at pains to point out that the council is completely impartial when it comes to planning and Asset Transfer applications! However they advised us that Stuart Milne would be in touch to invite us to a meeting. Subsequently this invitation was received from Rydens who represent Stuart Milne Homes, they informed us that the Council directed them to the Lochhead Avenue site to build a Social Housing complex, they repeated the offer of building an lay-by for tankers and a roundabout if we sink our borehole at a different site.

We agreed we would take this proposal to the LCDT board, although we explained that it would be very difficult for LCDT to accept any financial support from Stewart Milne Homes.

We have now received an update from RC on the progress of our AT request. Papers have been circulated to relevant council officers and the Council’s AT Panel is waiting for their feedback. In terms of a probable timeframe, it is anticipated the application will be considered by the Council’s Community Asset Transfer Panel in September (at a date to be confirmed) and if approved, a recommendation will be brought to the next available meeting of the Infrastructure, Land and Environment Board on 6 November 2019.

The Lochhead Avenue site will only be protected from other interested parties’ plans if and when it is brought to the Infrastructure, Land and Environment Board on 6 November 2019.

A number of meetings have been held with Ian Leaver from Development Trust Association Scotland (DTAS), who has been an invaluable source of information and guidance. A Board meeting was held on 22nd August and the unanimous decision is to focus on acquiring the Lochhead Avenue site.

Thank you to everyone that came to our Public Consultation meeting on March 30th, 2019 at the annexe.

We have now collated the feedback from the discussions. The purpose of the meeting was to promote the work of the LCDT (Lochwinnoch Community Development Trust) and to gather the views of the community relating to the proposed water project, as well as other future projects. It was important to determine the level of support in the community, gain insight into the type of future development opportunities that people wanted, as well as any challenges that may be faced. 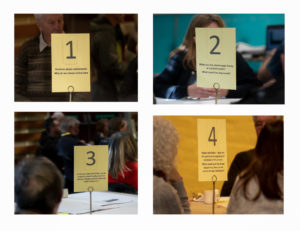 The meeting was attended by 53 people, including Cllr Bill Binks & MSP Tom Arthur, the ages ranged from 31 to >75, sadly there was no representation from individuals aged 18 to 30, finding ways to engage this age group is one of the first challenges we face.

Below are details of the topics that were discussed and a flavour of some of the 150 views that were captured by the facilitators. (A full list of the feedback can be downloaded below)

END_OF_DOCUMENT_TOKEN_TO_BE_REPLACED

We are excited that the Lochwinnoch Community Development Trust Consultation is now underway!  We would like to give as many interested parties the chance to have their say.  The survey has been completed by around 100 individuals at time of going to press, which is great, but we would like many more responses, especially from local village groups and organisations.

The survey has around 10 questions and will take you around five minutes to complete.  You can complete it online at: